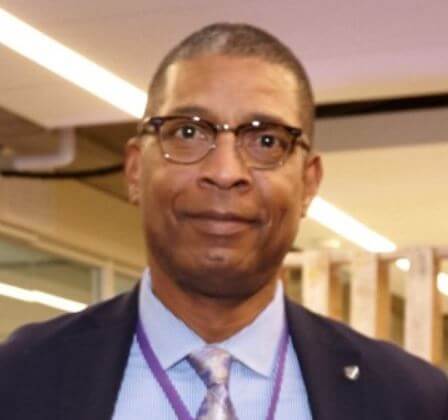 Eric leads the foundation’s efforts to attract new co-investors and partners to join the growing early childhood movement while also
representing the foundation in work with existing Educare schools (in Omaha, New Orleans, Kansas City, and Atlanta) as well as those under development. His efforts have garnered more than $40 million in additional private investment in early learning. Prior to joining the foundation, Eric worked for 16 years at the University of Nebraska Foundation, where he served as the Foundation’s Assistant Vice President, Director of Corporate and Foundation Relations. In that position, he played a key role in creating Educare Lincoln as well as the Buffett Early Childhood Institute at the University of Nebraska. He joined the Buffett Early Childhood Fund in 2013. Eric currently serves as co-chair of the Early Childhood Funders Collaborative committee on financing, is a member of the Lincoln Littles Champions committee and serves on the boards of the Community Health Endowment of Lincoln and the Lincoln Community Foundation. Eric earned a BA in English from the University of Nebraska-Lincoln. He and his two sons, Jack and Davis, live in Lincoln.